In nature, resin is known as a sticky, viscous substance extruded from trees and plants. You may have come across the term when researching cannabis.

Cannabis resin comes from the resin glands (also known as trichomes) of the plant. The resin itself contains both THC and other cannabinoids, and can, therefore, be used in a similar way to herbal cannabis. Resin varies in physical appearance and attributes.

Compressed resin is known as hashish, and is generally solid or near-solid. Resin can also be water-purified and pressed, creating a paste-like consistency. There are many ways to consume cannabis resin, including as hash oil and bubble hash. Hashish is the most common way of consuming cannabis in Europe, compared to the herbal counterpart most common in North America.

A popular trend for consuming cannabis resin is via what is known as ‘live resin’. With this method, the fresh resin, after being extracted from the plant, is flash-frozen in order to ‘lock in’ the freshness and the terpene profile of the bud. Advocates of this method of consumption argue that a lot of terpenes are lost in the drying process, the psychoactive and medicinal value is somewhat decreased in dried resin. However, the more expensive production method makes it more difficult to come across locally. As medical users have shown an increased preference for live resin, the prevalence of live resin may increase as cannabis becomes more widely legalized. 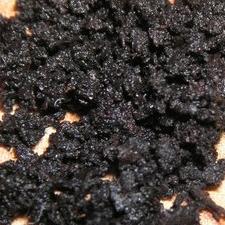